Hard Men in a World of Softness

Several years ago, I was at a gathering with a group of church leaders who hailed from around the country, many of them from major metropolitan areas. As an elder from a town of only a few thousand, and at the time an editor at a gun magazine, I felt a little bit like the crazy uncle someone brought for show-and-tell.

They’d seen my Facebook profile, and were astounded by all the wilderness exploits, firearms and, most of all, dead animals that regularly appear in my feed. Like the Tasmanian Devil, they’d read about specimens like me in books and knew we existed, but many of them had never seen one in person. You could feel the mixture of boyish awe and a tinge of disgust.

One church leader asked me, incredulously, “When you go hunting, and you kill this animal, do you, you know, take its skin off and remove the organs?” When I answered in the affirmative, a little bit shocked at the question, you could hear the collective gasp.

I found this mostly amusing, but at the same time wondered where exactly they thought their steaks and hamburgers came from. It really was a clash of cultures—their conversations revealed a world of high-thread count shirts, expensive private school tuition, and obscure theatrical performances I’d never heard of, while my world collided as one of diesel exhaust, coal miners, calloused hands, and the often bloody work of ranching and hunting.

But it was a conversation I had shortly thereafter, with a different pastor who didn’t last very long in the small town he was serving, that has lodged in my mind. He confided that he had a hard time connecting with the people of the rural community, and had a particular disdain for country music, lifted trucks and the sea of blaze orange covered hunters that showed up every fall. It wasn’t just that those weren’t his interests, it was that he actively disdained them. Something more than tastes and preferences was in play.

“I just think hunting is so gross and stupid,” he said. “Why can’t you just buy your food at the grocery store like everyone else? I’ll never do it. It’s almost as dumb as country music.”

You could hear the revulsion and effeminate range in his voice. He’d rather be in his office, vaping and listening to esoteric music, meditating on obscure and grandiose theology, than standing on the fence line straightening barbwire with one of his people. Soft men despise those who are hard.

How is it that our seminaries and churches in much of Christendom are somehow attracting and training effeminate pastors? Why is this happening at such an alarmingly high rate? Why are our Christian institutions so skilled at turning out theologically precise men with softness as their crowning virtue?

They speak softly, play softly, and avoid hardness at all costs. They don’t initiate in leadership, take responsibility, or confront hard cases of church discipline. Little wonder our people are effeminate when so many of our shepherds lack the stones to model biblical masculinity.

Those who preen and obsess over their appearance like women, who know more about pastel dress shirts and overpriced macchiatos than a hard day of physical labor, and pit bookishness against a pair of Carhartt overalls, as though learning and labor were mutually exclusive. Why has the limp-wristed, poetry-writing therapist in a sweater vest replaced the flesh-and-blood shepherding ranch hand upon which Christ actually modeled our ministry? And why can’t we even talk about these things in the church without being called bigoted or insensitive?

And how is it that those pastors then come to despise men like myself—the blue collared, splintered in the hand, bleary eyed from the graveyard shift, slightly overweight and farm strong, men who know what it is to give and take a life? Little wonder real men are repulsed by what they find in the church. Little wonder we attract hard women and repel biblically feminine softness.

Surely it can’t be any surprise that this sissified pastoral model so often fails in the places where real-life shepherds and ranchers actually exist. For them, it’s pretty easy to spot an imposter. We shouldn’t be shocked that, having shaped our ministers in the hands of effeminate potters who preside over seminaries, they come out of the kiln looking soft and, most of all, repulsive to real men. But at least they know how to dress and strut like a peacock in the pulpit.

But consider the biblical pattern for God’s pastors: 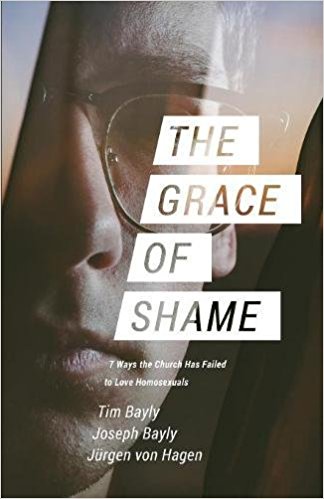 Prophets don’t dress themselves soft. They don’t have an effeminate bearing. They don’t dress and talk and carry themselves like women. Prophets aren’t gay. John the Baptist was a man’s man, and men who want to enter the kingdom of God will imitate him. Like John the Baptist, violent men will take the kingdom of heaven by force. — The Grace of Shame

At a recent pastor’s conference hosted by Clearnote Fellowship, I sat down with Tim Bayly, who made an interesting observation about rural life, animal husbandry, hunting and pastoral work.

“Give me a man that knows how to take a life, who understands the seriousness of it, and can pull the trigger without sentimentality,” Tim said. “We need more of that from our pastors and in our churches.”

A shepherd’s work, he pointed out, requires both the gentle arms of a man and fierceness toward the wolves in our midst. It’s bloody, messy, manly work. Completely unsentimental or pretty. Something many in our skinny jeans culture can’t stomach.

It was the same with David, the shepherd king, who said killing bears and lions with his bare hands in defense of the sheep prepared him for the larger battles against God’s enemies. The manner of David’s shepherding is hardly the stuff of our video game generation of boys with beards:

“Your servant used to keep sheep for his father. And when there came a lion, or a bear, and took a lamb from the flock, I went after him and struck him and delivered it out of his mouth. And if he arose against me, I caught him by his beard and struck him and killed him. Your servant has struck down both lions and bears, and this uncircumcised Philistine shall be like one of them, for he has defied the armies of the living God.” (1 Samuel 17:34-36)

What the church needs is hard men, men of principle who pursue their own godliness with a holy violence. Men who run into burning buildings when everyone else, like a Broward County sheriff’s deputy, is running out. What we especially need in the pastorate are men who act like it, who actively repent of their softness and embrace the kind of biblical hardness God has called us to.

Soft is not what God made man to be. Look at man’s sexual organ and consider the simple truth that godliness for man means living in obedience to his body. His body is hard in taking initiative and bearing responsibility, and this is the reason soft men will not enter the kingdom of God. They are in rebellion against God and who He made them to be. — The Grace of Shame

Why Soft Men Will Get You Killed

Fighting for What is Behind Us